On Friday the 9th of July we organised an excursion, together with Architectura et Amicitia, to the Westerschans in Goes. A large part of the ZOETMULDER team joined to see the Westerschans in real life. We’ve added two extra stops to this excursion, the Mozesbrug in Halsteren and the regional office of Natuurmonumenten in Zierikzee.

Mozesbrug, Halsteren
The day started at Fort de Roovere, where Ad Kil from RO&AD architecten told us more about the history of the location, the Mozesbrug and the Pompejus watchtower.

RO&AD architecten have designed a completely wooden bridge, which is sunk into the canal like a trench and follows the contours of the fort. The water reaches the edge of the bridge, allowing visitors to enter the fortress as Moses walked through the water. Ad: ‘We actually thought it was strange to build a bridge over the canal of a defense structure. Especially because the bridge has to be built on the side where the enemy was traditionally expected.’ The bridge is barely visible from a distance and shows that a design does not have to make a bold statement to become an icon. A minimal intervention with a lot of impact!

Westerschans, Goes
Then Elise and Anton Zoetmulder showed us around at both Westerschans 1A and Westerschans 1B. It has become an inviting area with a lot of activity of boats, passers-by and residents.

Both buildings have been inhabited for at least half a year now and it is nice to see how residents make it their own. The quayside homes of 1A create a pleasant appearance, the planters have been put into use and even more flower pots and seats have been added. The semi-private spaces, such as the galleries at 1B and the covered niches at 1A, have been occupied by the residents with chairs, benches and plants. Anton: ‘It’s always interesting to see how these kind of ideas turn out, great that it works!’ During our visit it was also visible that the corrugated construction of the balconies at 1B stimulate contact between neighbors. The balconies are staggered per floor so that you can make contact with several neighbors from your balcony or the gallery.

Regiokantoor Natuurmonumenten, Zierikzee
Our last stop at the regional office of Natuurmonumenten was definitely worth the visit. The design by architectural firm Rink Tilanus is impressive to look at while at the same time it’s blending into its surroundings. The nature feels very serene, the building does not in any way detract from this feeling.

The materialisation of the building has been carefully chosen, it is entirely made of glass foam concrete. With this concrete a solid shell can be realised that fulfills all functions: thermal, constructive and architectural. To keep the appearance of the walls and the roof similar, they are manufactured in the same way: cast horizontally. As a result, the glass foam granules float to the top with a cement skin, which creates a grainy surface. This texture encourages vegetation and weathering. In the vision of Rink Tilanus architects, this building behaves as part of nature, like a large stone in the landscape.

Finally, we had dinner with the whole team in Delft. This way, those who were not present during the day could immediately enjoy our stories and photos! 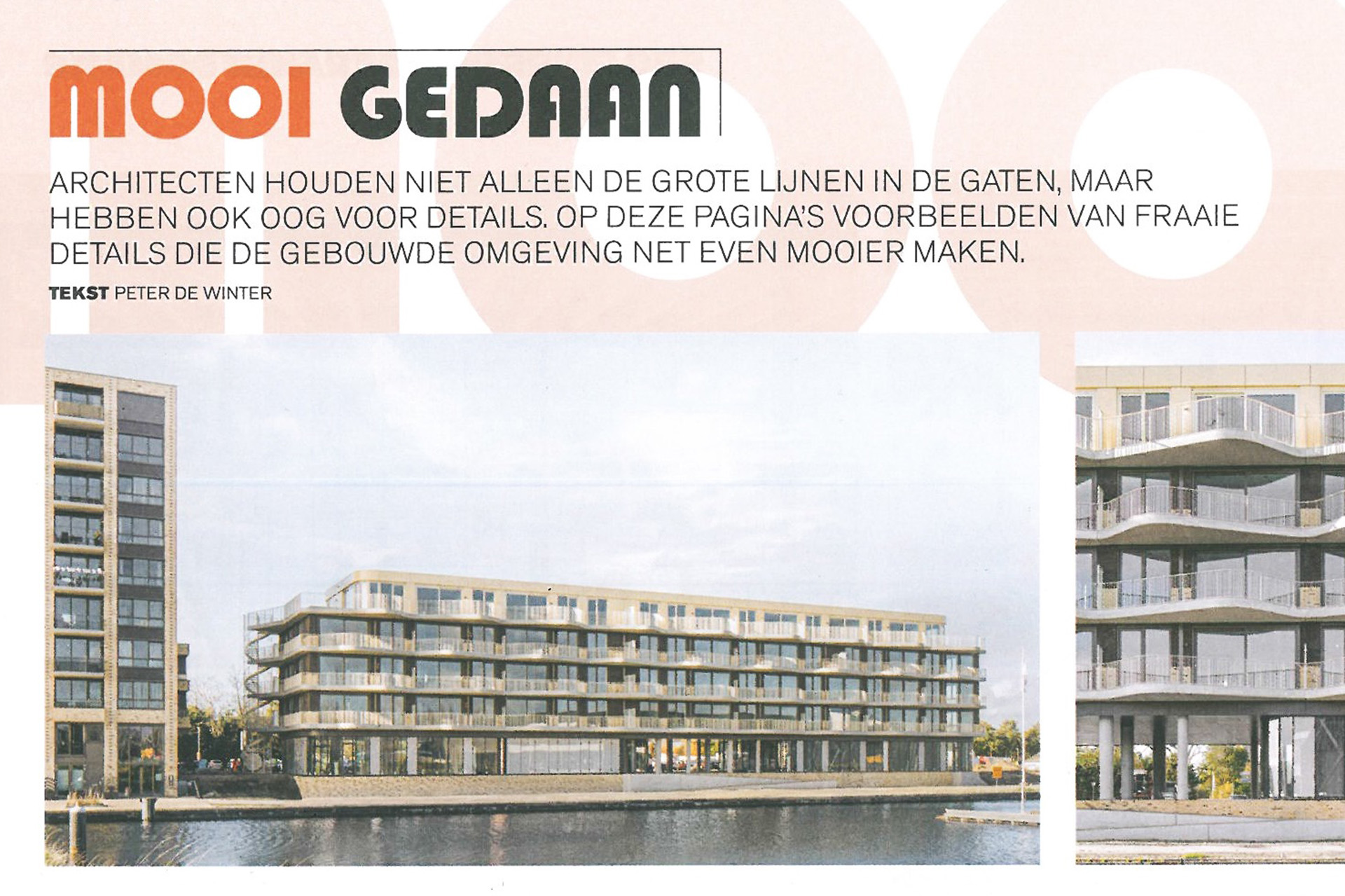 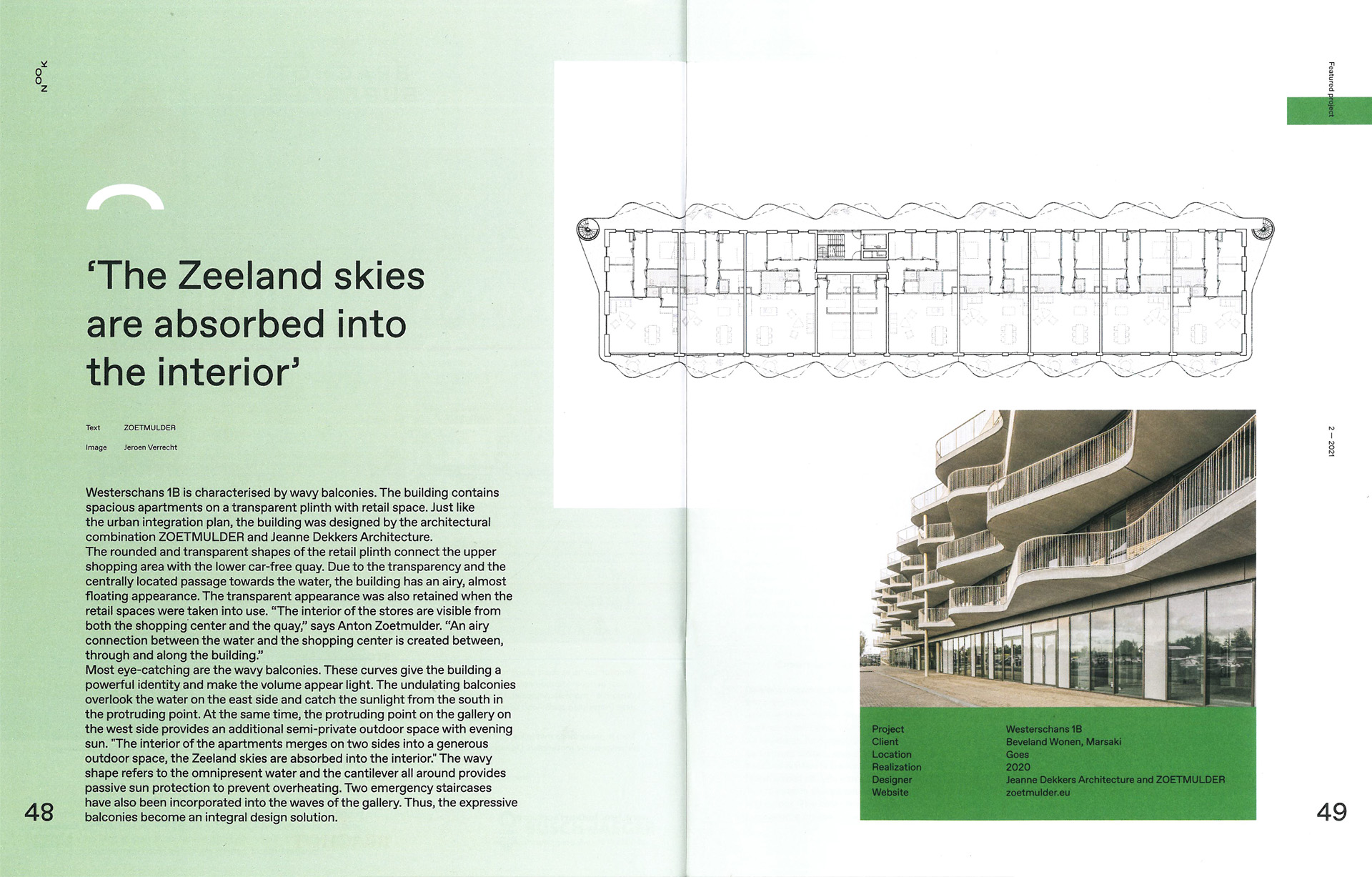 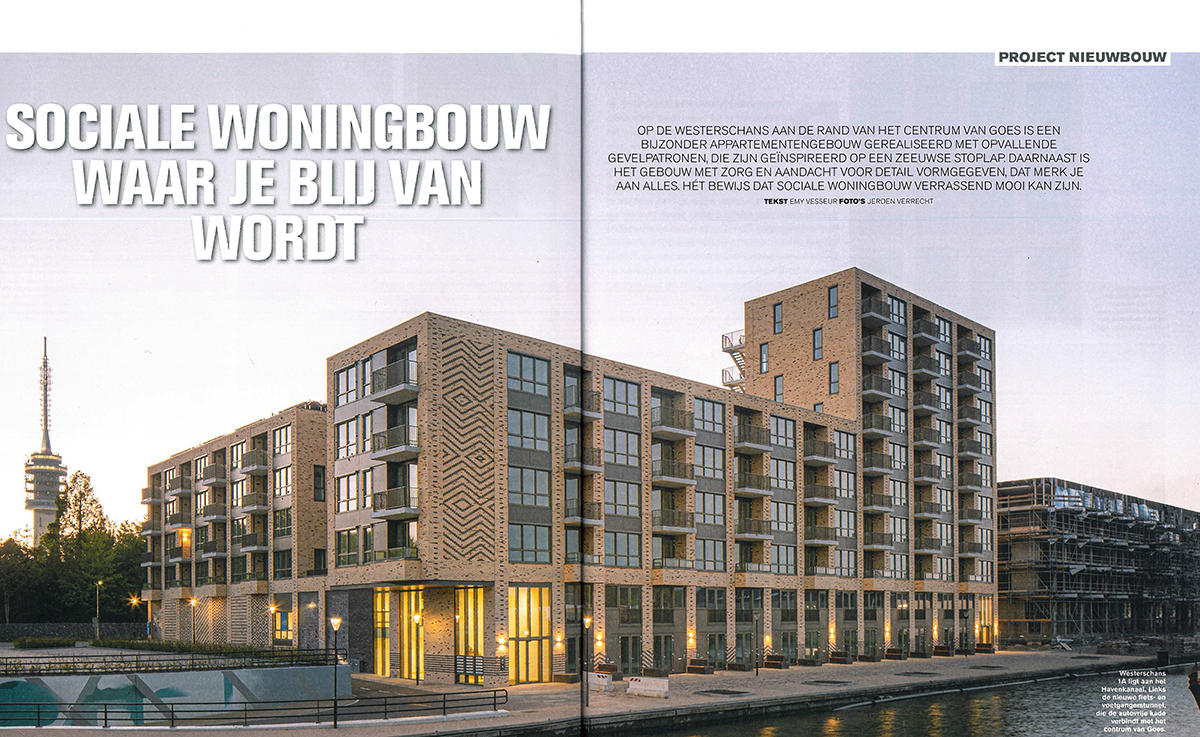 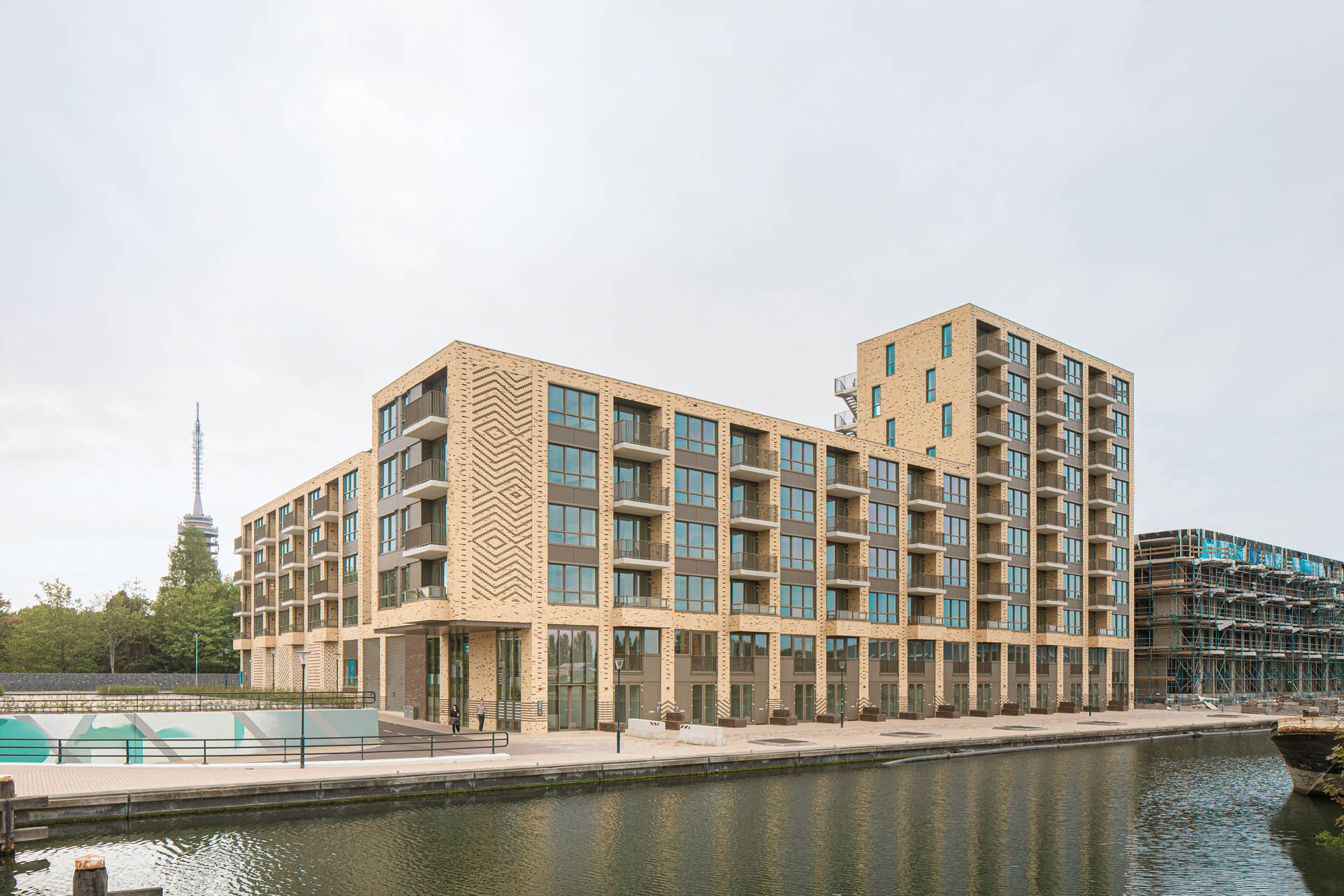 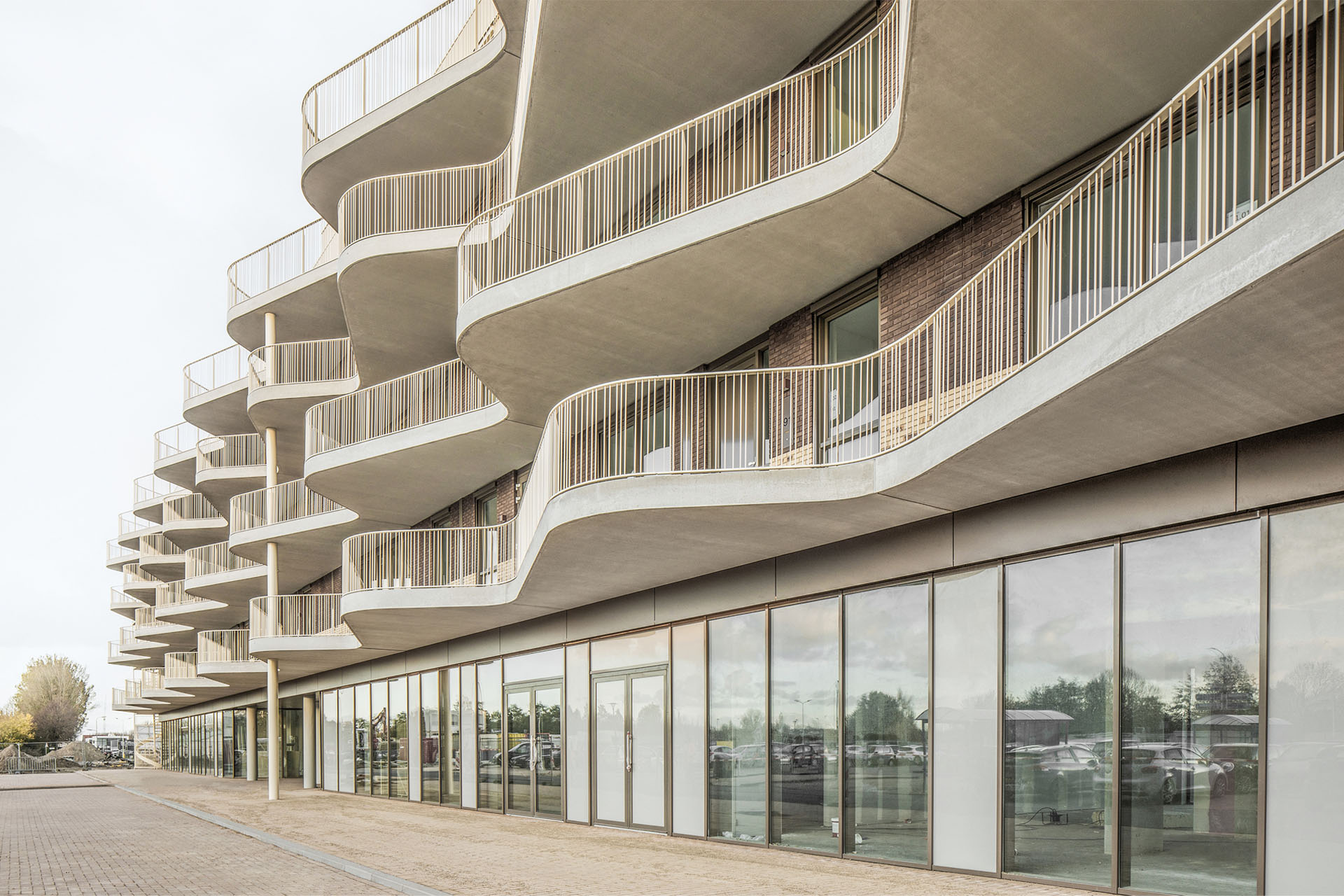 Westerschans 1B Goes
← Back to news